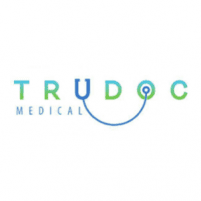 Lung cancer causes more deaths than any other type of cancer — but with new early detection techniques and more effective treatments, the number of deaths is going down. At TruDoc Medical LLC, in Clifton, New Jersey, triple board-certified specialist Bassel Noumi, MD, and the team offer lung cancer diagnosis and treatment in a supportive and compassionate environment. Book your appointment online or call the office today.

What is lung cancer?

Lung cancer is any cancer that occurs inside your lungs, with the two main forms being:

In addition to these two main categories, there are other rare types of lung cancer, including lymphomas, adenoid cystic carcinomas, and sarcomas.

Some cases of cancer start in other parts of the body and move into the lungs. Although these cancers occur within the lungs, they’re still classified as the original type of cancer (for example, kidney cancer) rather than lung cancer.

What kind of symptoms does lung cancer cause?

Lung cancer rarely causes symptoms until it spreads; however, in some cases, you could have issues early on. Some symptoms that may indicate lung cancer can include:

Some of these symptoms can occur with other conditions, such as asthma, chronic obstructive pulmonary disease (COPD), pneumonia, and others. Diagnostic testing at TruDoc Medical LLC can identify your condition.

How is lung cancer diagnosed?

It's important to seek a diagnosis as soon as you have any symptoms, as an early diagnosis has the best treatment success rate. The TruDoc Medical LLC team customizes testing after performing an exam, reviewing medical history, and discussing symptoms.

Some of the imaging tests you may need include:

Some of the tissue exams and testing (biopsy) you may need to include:

An accurate diagnosis is vital for effective treatment, so TruDoc Medical LLC uses the most up-to-date equipment and testing procedures to diagnose lung cancer.

What is the treatment for non-small-cell lung cancer?

What is the treatment for small-cell lung cancer?

Small-cell lung cancer requires the most aggressive forms of treatment, including surgery, radiation, and chemotherapy.

All lung cancers are treatable; TruDoc Medical LLC is here to help you through that process. Call the office or use the online scheduling tool to arrange your appointment now.